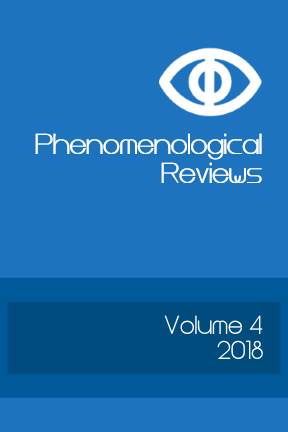 1Immanuel Kant affirmed in the first Critique that "if the size of a book is measured not by the number of pages but by the time needed to understand it, then it can be said of many a book that it would be much shorter if it were not so short" (KrV A xix). For the pleasure of the reader (and with Kant's blessing), even though Kant et les Empirismes is not an imposing volume, the time needed to go through its interesting analysis and to approach all arguments proves that Kant's maxim does not apply here.

2Even if we might all have in mind that Kant's dogmatic slumber was interrupted by the remembrance of David Hume (Prol, Ak iv, 260), i.e., even if we might all recognize the important relationship between empiricism and transcendental philosophy at least for its genesis, an accurate survey such as that lead by Antoine Grandjean deserves dedication, to better get acquainted with Kant’s thought. It goes without saying that the keystone of the book is the final s in Empirismes: not only because “the pre-Critique Kant knew an empiricist phase, in such a way that the years 1755–1766 constitute the ‘quasi-Humean’ phase of Kant’s thought” (11) (so that we can speak of a Kantian empiricism), but also because there exist diverse forms of empiricism which Kant converses with. Certainly, some of these forms might have influenced the German philosopher more than others, as is the case of Hume and John Locke; however, the volume has the merit to present and discuss the doctrines of less-commonly debated authors, thus providing a clear idea of how an intense interlocutor the multifaceted empiricist tradition was for Kant—or vice versa (see, for example, the essays by Matthieu Haumesser, 57–73, by François Calori, 75–96, and by Raphaël Ehrsam, 173–193).

3The volume is organized in three sections, providing a detailed account of this plural dialogue: “Concepts, Problems, Traditions”, “The Transcendental and the Empiric”, and “The Empiric of the Transcendental”.

4The first two assess the most relevant theoretical issues linked to Kant’s thought and its relationship with empiricisms. They deal with the very legacy of transcendental philosophy in regard to empirical reality (“there is no doubt whatever that all our cognition begins with experience” (KrV, B 1), with its relationship to freedom and both the feeling of pleasure and displeasure (after all, as rational beings, our will is “pathologically affected” (KpV, A 36)), along with its bond with scientific epistemology and science in general (Kant’s method is “imitated from the method of those who study nature” (KrV, B xviii)).

5The reader will immediately note that what emerges here is an extraordinary complex picture that cannot be attributed to Kant only—even if his philosophy is notoriously not so easy to interpret. Rather, and this is a very valuable achievement of the volume, it is a consequence of the great depth of all the essays, which present and discuss the main concepts of Kant’s system from different perspectives. Particular attention is paid to the first Critique, but there are indeed many other cross references to other works of the Kantian corpus. The different points of view where Kant and the empiricisms are looked from are not only the expression of each author’s personal reading of the problems at stake, but it must also be said that there exist as many different Kants as there are forms of empiricism he was called to answer to.

6This is also the very reason why there are so many ways to receive and to understand Kant’s overcoming of empiricism. This question is dealt with by the essays included in the third section, which are dedicated to Georg W.F. Hegel’s, Jakob F. Fries, and Edmund Husserl’s readings of transcendental philosophy.

7Olivier Tinland shows, for example, that Hegel carries out a “radicalization of critical philosophy unveiling the deficiencies of the Kantian critical reflection and notably attenuating the effects of contrast made by Kant in order to distance himself from dogmatic metaphysics and empiricism” (166): after all, according to Hegel, “critical philosophy has in common with Empiricism that it accepts experience as the only basis for our cognitions” (Enz, W8, 121).

8Claudia Serban invites us to reflect on the ambiguous position attributed by Husserl to Kant, who would stand between René Descartes and Hume. Even if “Husserl’s phenomenology claims for itself the name of transcendental idealism, it clearly places itself in Kant’s wake” (195), his material ontology (the eigentliche Ontologie) opens a completely different philosophical space. The modest “analytic of the pure understanding” (KrV, B 303) would not resist a thorough analysis due to Kant’s misunderstanding of the radicality of English empiricism and his commitment to rationalism.

9The essay authored by Ehrsam has many merits, but probably the most remarkable is to bring back the attention to Fries. Fries’ insistent demand to justify transcendental principles based on empirical psychology not only offers the possibility to think more deeply about the presuppositions and the legitimacy of Kant’s system, but also allows to question the intimate essence of other forms of idealism and of Kantianism. Transcendental philosophy, in fact, “did not satisfy itself announcing the caducity of the pretensions of classical empiricism […]; it paved the way for possible future empirical investigations, whose task, from now on, would be to explain genetically the possession of concepts and knowledge a priori” (192–193).

10Considering the evolution of the debate around Kantianism in the 19th and 20th centuries, of which Fries surely was one of the protagonists (remember, for example, the quarrels with Hegel and Johann F. Herbart), Ehrsam’s essay, with the support of the chapters included in the first two sections, indeed inspires new readings of Kant and of history of philosophy. The emergence of neo-Kantianism and new empiricisms (think, for example, about the different positions inside the sole Wiener Kreis), is a clear sign that the problems discussed in this volume are not limited to Kant’s direct sphere of influence, and that they still deserve our interest. It is true: even if it is correct to talk about empirismes, some of the patterns are repeated, and can probably be summed-up with the idea that “consistent empiricism is immanentism” (24). This, however, should not be an excuse to simplify the problems at stake. Rather, this recurrence should be considered a further confirmation of the importance of works that shed light on the controversial relationship between Kant (and neo-Kantianism) and empiricisms (and neo-empiricisms). In this sense, it would be a great addition to philosophical corpus that Kant et les Empirismes would be soon translated into English—and into many more languages—for it really proves to be a valuable volume to understand Kant’s philosophy as well as its past, present, and future interlocutors.