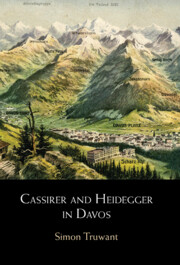 The conference included three faculty keynote lectures, six papers presented by graduate students from Marquette University and Loyola University Chicago, and a concluding panel discussion. Papers and lectured varied in their approaches to the main theme of the conference; some addressed the Continental-Analytic Divide directly, while others attempted to occupy a space for philosophical thought beyond the presuppositions of the Divide. James Dodd (The New School) delivered the first keynote lecture, titled “The Promise of an Asubjective Phenomenology.” The lecture offered a close and careful engagement with the thought of Jan Patočka. What philosophical resources does the Czech thinker provide to develop an asubjective phenomenology? Dodd argued that an asubjective phenomenology is not a non-subjective phenomenology. The classical influence of Husserlian phenomenological subjectivity endures in Patočka’s thinking, but is reoriented around the dichotomy of “inwardness/periphery” rather than “subject/object.” Such reorientation invites a rethinking of topics within phenomenology, including embodiment, the role of literature for phenomenology, the constitution of self and others, and the purported self-transparency of consciousness. Dodd tied together the several strands of Patočka’s rethinking into a Patočkian proposal for a revision of Husserl’s principle of all principles and a counterproposal for a “non-objectival” form of clarity available in reflection.

The second keynote lecture, titled “Realism and the Ontological Question,” was delivered by Paul Livingston (University of New Mexico). Livingston took up a selection of arguments from his book The Logic of Being: Realism, Truth, and Time (2017). His primary aim in the lecture was to treat ontological questions, drawn from Heideggerian discourse, in a manner compatible with a realist ontology. Livingston took up a Lacanian meditation on formalization, and its limits, as the basis for proposing a kind of meta-formal realism. Livingston’s meta-formalism proposed a realist stance premised on “the experience of formalization whereby it problematically captures and decomposes its own limits.” He distinguished meta-formal realism from empirical realism, metaphysical realism, and correspondence realism. On the contrary, he argued, the meta-formal realist position treats questions about the basic sense and meaning of our formalization of the real, rather than dealing with entities, or domains of entities. Livingston situated his discussion with a historical reflection on different orientations of realist thought. The concepts of coherence and consistency came to the fore as disjunctive indicators of post-Cantorian orientations of realism. Either the orientation is complete without being consistent, the “paradoxico-critical” orientation (ex. Derrida, Late Wittgenstein). Or the orientation is consistent without being complete, the “generic” orientation (ex. Badiou, Gödel). Livingston developed the historical reflection into an appraisal of the meaning of being and truth in Heidegger’s philosophy and presented truth as a phenomenon arising out of the paradoxical structure of the ontological difference. The lecture concluded with a realist interpretation of the temporality of Dasein in Heidegger’s Being and Time, taking up the structures of ecstasis, reflexivity, and auto-affectivity as purely formal structures without underlying dependence on a constituting agency or subject. The realist interpretation mobilizes the paradoxical structure of the ontological difference to open up the possibilities of the experience of time both as time of the individual Dasein and time as “world” or “public” time.

The third keynote, titled “Culture as Second Nature,” was delivered by Sebastian Luft (Marquette University). The lecture took as its point of departure the interpretation of the philosophy of Ernst Cassirer offered by Clarence Smith Howe, translator of an English edition of Cassirer’s The Logic of the Humanities (1961) [Zur Logik der Kulturwissenschaften (1942)]. In Howe’s introduction, he interprets Cassirer’s philosophy as a kind of naturalism, albeit a “culturalistic” naturalism. The interpretive claim, so argued Luft, seems to be at odds with more conventional interpretations of Cassirer as first and foremost a philosopher of culture. However, Howe’s claim is adopted by Luft as an opportunity to set up a confrontation between Cassirer’s symbolic idealism, in which the experience of nature is culturally mediated, and John McDowell’s version of naturalism, which arises out of his rejection of “bald” or “naive” naturalism. After reviewing the basic commitments of Cassirer and McDowell with respect to the experience of nature, Luft introduced Howe’s notion of “idealistic naturalism” (or culturalistic naturalism) as a mediating link between the naturalism of Cassirer and McDowell. In a concluding comparison of the two thinkers, Luft argued that Cassirer’s position was preferable to McDowell’s insofar as the former thinker allows “cultural intelligence” to have a wider purchase than mere ratiocination. That is, our human nature finds expression in cultural refuges — such as art and language — that are bound up with, but not reducible to, the rationality of McDowell’s space of reason.

The graduate student papers were presented in the mornings and afternoons, over the course of the two-day conference. Pete Burgess (Marquette University) explored different accounts of mental causation in “Are Acts and States Incompatible?: Mapping Versus Explaining Consciousness.” Justin Nordin (Loyola University Chicago) addressed the topic of moral normativity in “A Levinasian Approach to Moral Obligation.” Amelia Rhys (LUC) used philosophical resources in the work of Michel Foucault to treat a topical issue in bioethics in “The Contribution of Foucault’s Analysis of the Clinical Gaze to a Trans-Affirming Bioethics.” Daniel Adsett (MU) engaged Donald Davidson’s triangulation argument with respect to norms for speech and communication in “Coherence, Totality, and the Rational Subject.” Kyoungnam Park (LUC) provided a phenomenology of sensation and intuition in “Duration and Sense Impressions.” Gregory Trotter (MU) marked the intersection of phenomenology and psychoanalysis in “Fantasy and Freedom in Sartre and Psychoanalysis.”

The conference concluded with a brief presentation, given by Sebastian Luft, on funding opportunities available for academics interested in study in Germany, as well as a panel discussion. The panel discussion, titled “The Analytic-Continental Divide Today,” scheduled to include Andrew Cutrofello (Loyola University Chicago), James Dodd (The New School), Hanne Jacobs (Loyola University Chicago — absent), Paul Livingston (University of New Mexico), and Sebastian Luft (Marquette University), took up again the central theme of the conference in light of the discussion of the present and previous day. The panel participants were given an opportunity to present brief opening remarks before the discussion was opened to the general audience. Among the topics discussed: what is the nature of the Continental-Analytic divide? Is it a historical, political, sociological, etc., phenomenon? What strategies can be used to overcome the divide? What professional interests are invested in preserving the divide? What can we learn from an antinomarian reading of the divide? What is the future of philosophy beyond the divide? Can we project ourselves beyond the divide, or are we beyond the divide already?

Reviewed by: Michael Gutierrez (Loyola University Chicago), PhD student in philosophy and co-organizer of the phenomenology research group at Loyola.