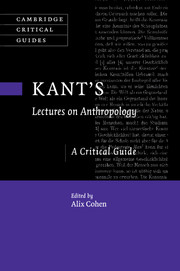 Klaus Held, the ‘father of the Wuppertaler philosophy’, is without doubt one of the leading German phenomenologists of the present day. With his book Phänomenologie der natürlichen Lebenswelt, published in 2012, a collection of a number of separate lectures and articles (not all of them published previously), Held intends to tackle the urgent question of the ‘ecological crisis’. He does this by working his way back through some of those philosophical ideas that still influence today’s perception of nature. These are mainly from Kant and Aristotle, but he also goes back to the Pre-Socratics searching for answers that can help us reconsider our understanding of nature as life-world.

The book is divided into four major parts. The first two parts are dedicated to the concept of nature in Kant (first part) and Aristotle (second part), the third to addressing the question of elementary aspects in the life world, focusing on the Pre-Socratics Anaximander and Heraclitus. The final part presents an overview of particular aspects of reflections on the natural life-world such as the intercultural, the Japanese perspective as well as some final reflections on the topics of physis and birth.

The task of the book is, as Held states in the introduction, to investigate the ‘experience of the life-world as nature’ (p. 13). Held is very much aware of the fact that his choice of philosophers and the order in which the philosophers are discussed could be questioned or even be perceived as arbitrary. However, he presents a convincing argument for the composition of his book which proceeds in a hermeneutic and phenomenological manner, i.e. working through the dominating pre-judices (in a Gadamerian understanding). He makes it clear, that his book is not primarily looking at the history of philosophy but it is a phenomenological analysis of the life-world experience of nature (p. 13). And because the horizon of experience changes with the historical change of understanding of what nature means, any analysis only does justice to the object if it traces this hermeneutical change (p. 13). An investigation thus has to start from the modern objectivist understanding of nature of the natural sciences and therefore has to start with Kant who was the first thinker to establish this understanding with outstanding systematic clarity (pp. 13f.). Working historically ‘backwards’, Held aims at uncovering how we get through Kant as a bridge to a phenomenological analysis of Aristotle’s physis-thinking (showing also the impoverishment of the concept of nature in both thinkers) and from there to the Pre-Socratic understanding of nature and the elements. The latter is an important concept for Held, since unlike the modern idea of the elements, this Ancient idea still maintains a close connection between the elements and life (18ff). Held starts in his introduction with a brief history of the Western concept of nature. The wonder, thaumazein, which the Ancient philosophers felt, Held believes, is in danger of becoming lost in modern concepts. This feeling of awe and wonder when engaging with being is a topic Held will return repeatedly in his book as a linking concept.

The first part is dedicated to Kant’s understanding of nature. Held makes very clear that he does not intend to attempt a comprehensive analysis. Rather, his reflections on Kant aim at showing that even in the founding of the modern natural sciences a position can be found that leads back to early Greek thinking about the elements and nature (p. 26/27). The starting point for Kant arose out of the philosophical concerns of the past such as the established idea of interpreting theoretical knowledge in a technical manner or the question of certitude. Kant then, in the Critique of Pure Reason, according to Held, takes up Aristotle’s ‘defining of the definable’ in four ways: through defining the sensations, space and time, that which is given through the sensations through the spontaneity of thinking, and finally the differentiation of the formal and material concept of nature (p. 40). It becomes clear, according to Held, that the ‘possibility of the appearance and perception of nature as appearance has to be grounded in two fundamental principles: the a priori intuitions of space and time and the sensations’ (p. 58). This then leads to two fundamental principles which determine Kant’s concept of nature. Firstly, since appearances are characterized by extension in time and space they can be measured; an idea that still today is a central foundation of the natural sciences. The second principle is concerned with measuring the intensive quantity of that which is given in sensation. Two things are important here: First of all, it is a general human experience that sensations are always experienced with an intensity which varies, i.e. a more or less (p. 69; 75). In addition, while we cannot anticipate a priori which sensations will overcome us (Kant speaks of experiencing the real as resistance) we know that given sensations have a polar structure, i.e. the opposite is always present though in a hidden way – a point that will be taken up with the Pre-Socratics (p. 81).

The second part of the book is dedicated to Aristotle’s understanding of nature. Starting with the Aristotelian distinction between technē and physis, and basic ideas of Aristotle’s metaphysics such as the four causes, Held develops Aristotle’s views in relations to his predecessors. Held makes it clear that Aristotle’s distinction between technē and physis stems from a narrowing of the concept of nature that in itself does not pay attention to the two different horizons of being and need which led to the forgetting of the understanding of physis as beginning, as arché (p. 119). In addition, Held shows that by identifying physis with arché for Aristotle the beginning of being remains hidden in darkness. Held concludes the part on Aristotle by developing Aristotle’s concept of the four elemental qualities, the hot, the dry, the cold and the moist which through their combinations make up the qualities of the four elements of earth, fire, water and air (p. 164).

The third part of the book is dedicated to the elements in Ancient Greek thought with a focus on the Pre-Socratics, Anaximander and Heraclitus. In showing the insights as well as the limits of Aristotle’s metaphysics, Held gains an overview on the Pre-Socratics’ understanding of nature which is independent of Aristotle’s perspective and thus independent of the comparison between technē and physis (p. 186). The next chapter on Anaximander is unusual in so far as it is centred on a very careful analysis of the sources which Held quotes at length. That the arché is constantly present in physis means for Held that with Anaximander we can identify the following idea: because of the unbounded (ápeiron) character of physis, the beginning (arché) entails both light and darkness, and the appearance of light is at the same time the process of expanding limit as well as a retreat into the hiddenness (pp. 218f). The idea of physis entailing opposites is again picked up in the third chapter on Heraclitus. The presence of opposing elements such as both death and birth in life, illness in health etc., forms a non-apparent harmony in physis and thus an ontological dependence between the opposites. This is also an idea, according to, which is not possible in Plato’s thought and which influences so much of Western philosophy (pp. 239; 247). However, and Heraclitus makes this very clear, this insight into the functioning of the cosmos is not possible for the many. This is an important point for the phenomenological approach Held is using and we can see here, according to Held, how Heraclitus is in many ways the first to raise the question between philosophical thinking and natural attitude (p. 260).

The final part presents an overview on different aspects of the life-world and raises a number of questions. Held makes the point that all experiences are embedded in a horizon and that despite the goal of the natural sciences to achieve absolute objectivity, every situation in life is embedded in a universal context of references (p. 262). Especially within the context of globalization the question arises whether we will be able to develop one life-world for all humanity – one of the main questions a phenomenology of the life-world is concerned with (p. 266). One potential characteristic could be that developed by Husserl, the Umstandskausalität (p. 268). The relationship between nature (e.g. climate) and culture still needs to be further investigated phenomenologically (p. 278). As an example of a non-European perspective on nature and world, Held then develops some aspects of the Japanese outlook (pp. 279ff). Finally, Held rethinks the question of physis and birth as an example of our relationship to technology, a point to which we will return in our critical assessment below.

The book captivates the reader with its outstanding clarity, and this in two ways: Firstly, very complex philosophical considerations are developed in a clear and careful manner. Secondly, the structure: Held constantly presents the the reader with short and precise summaries at the beginning and the end of each chapter to show where he or she is, and shows how already developed positions lead on to the next part of the book, how answers are given to question posed earlier, and also what still needs to be developed. Held thus does not follow the postmodern trend of breaks in and throughout the history of philosophy, rather he shows how ideas are interconnected, influence each other and how seeing ideas through a particular lens sometimes obstructs a view of the actual concept.

Two critical points could be made. The first concerns referencing. Held works in the already familiar style of the phenomenologists which means references to sources used as well as other literature is scarce and one often wishes for further guidance as to where particular ideas can be found, especially when the reader might not be familiar with the texts. The second point is more ideological in nature and concerns Held’s conclusions in the final part. In using the example of birth, Held tries to show that through the taking over by téchne, and the loss of the ‘insurmountable subsequentness’ (unüberwindbare Nachträglichkeit) we are not only losing the experience of resistance which characterizes our experience of reality as such but also invoking the danger of excess (pp. 316ff). This stance evokes the distrust of the early phenomenologists (Scheler, Heidegger etc.) of technology and technological advancement. However, this stance is problematic for a number of reasons: from a metaphysical/anthropological point of view one could argue that the use of reason as exercised in the use of téchne belongs essentially to human nature and thus physis itself. Secondly, it ignores how the advances of technology and its application play a major role in reducing human suffering. Finally, one has to point out that any use of technology in the widest sense such as medicine, glasses, pacemakers, surgery but even clothes, computers, diving equipment etc., are an imposing of human téchne on the limitations of our (biological) nature. Thus to draw a line between one téchne and the other seems rather arbitrary.

Nonetheless, Held’s call for caution and the need for philosophical reflections regarding technology and nature is an important one. Again, the author’s considerations do not necessarily lead to his final personal conclusions. Thus, Held gives the reader the freedom to follow him or not. In addition, the reader benefits from Held’s expertise in phenomenology and Ancient Greek philosophy. Thus, one is left with an eloquently written, insightful and very balanced book which in a convincing way presents the thesis that the history of thought is all interconnected and that by seeing through our philosophical prejudices we uncover the insights of previous thinkers and make them relevant for today’s issues.