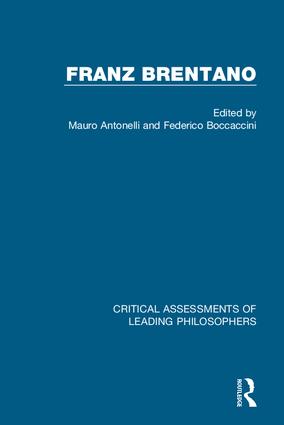 In September 8-10, 2016 University of Gdańsk (Poland) organized the international conference entitled Phenomenology and Practice. The 2nd Conference on Traditions and Perspectives of the Phenomenological Movement in Central and Eastern Europe. The conference was organized by a committee, including Krystyna Bębenek, Jakub Buźniak, Łukasz Depiński, Dobrosław Mańkowski, Witold Płotka (chair), Aleksandra Szulc, Martyna Zimmermann-Pepol (secretary) and Jagoda Żołędzka, in cooperation with the Polish Association of Phenomenology. The conference was a continuation of a previous international conference on Horizons Beyond Borders which took place in Budapest (June 17-19, 2015). The Gdańsk conference schedule encompassed 25 speakers from 11 countries (including Belgium, Finland, France, Latvia, Lithuania, Poland, Czech Republic, Slovakia, USA and Italy).

All of the conference attendees had the opportunity to participate in four keynote lectures. During the first day, two of the lectures were presented. The conference was opened with a keynote speech by Carlos Lobo (College International de Philosophie, France). The opening lecture was entitled Idealization of Practice and Idealization in Practice. Or how one can be an Idealist in Ethics without being an Intellectualist. During his talk Lobo reconstructed Edmund Husserl’s phenomenological analysis of practical philosophy. Husserl believed that each theory of practical philosophy must meet the following three primary conditions. Firstly, such theory must concern all aspects of a normative dimension of human life, including comprehending them from the perspective of the individual as well as from the community. Secondly, the theory cannot include any characteristics of a naturalistic theory. And thirdly, it should point out the sources of normative and axiological diversity among societies. In order to justify his thesis, Husserl used the parallelization method. This method follows from the phenomenological method of eidetic variation and description after a transcendental reduction. In Lobo’s opinion, an important aspect of Husserl’s thesis was that the axio-normative sphere is an ideal entity. However, Lobo claimed that idealisation (the thesis that the practical sphere is based on ideal entities) is ambiguous. Firstly, it means that all cognitive activities are based on discovering the ideas. Secondly, it means that these ideas can motivate a human being to do something, or to have different feelings.

The second key speaker – Dalius Jonkus (Vytautas Magnus University, Lithuania) – presented a lecture on The Primacy of Intuition in Phenomenology: Critical Realism or Transcendental Idealism? His talk was focused on the phenomenological concept of intuition presented by Vasili Seseman. Jonkus acknowledged that the concept of intuition plays a crucial role in the phenomenological tradition. Husserl, for instance, believed that cognition begins and ends with intuition. He also believed that a possibility of intuitional knowledge indicates an important aspect of the human mind, namely openness of consciousness. Martin Heidegger, however, questioned the possibility of pure intuition. He believed that direct knowledge is mediated by language and thus, it requires interpretation. Alike Heidegger, Seseman questioned the concept of pure intuition. Jonkus, however, believes that Sesemman questioned the possibility of pure intuition, because he wanted to transform it and give it a new meaning that would be close to the concept of understanding comparable to the hermeneutic tradition (as inspired by Heidegger). In the end, Jonkus concluded that Seseman’s understanding of intuition allows us to acknowledge phenomenology as a form of critical realism.

During the next day of the conference Natalia Artemenko (State University of St. Petersburg, Russia) presented a keynote lecture entitled Špet’s Project of Hermeneutic Phenomenology. She began her talk with a presentation on the history of the phenomenological movement in Russia. She emphasized that Gustav Špet’s work and his book Apperance and Sense (Javlenie i smysl, 1914) played an important role in Eastern Europe. In his work Špet presented the concept of constitution inspired by Husserl, however, he reinterpreted it. From Špet’s perspective a constitution of human existence was directly connected with historical and ethno-cultural dimensions. Artemenko also pointed out that if one looks from a wider perspective, it is easier to see that the intellectual evolution of Špet and Heidegger is comparable. In the early stage of their philosophical developments they were both highly influenced by Husserl’s ideas. They had noticed a need for a modification of the methods and intellectual tools used by Husserl, and they both had followed the exact same way in order to resolve issues related to phenomenology. Ever since, this method of interpretation is called hermeneutics.

During the last day of the conference, Michael Gubser (James Madison University, United States) presented the last keynote lecture entitled The Definitive No: Phenomenology and Czechoslovak Dissidence in the 1970s. Gubser examined the relations between phenomenology and Czechoslovak dissidence movements, particularly the Charter 77. Gubser noticed that this document was developed to fulfill a need to create a new ethical society which could be independent from both the western liberal trends, and communist ideology. This was inspired by Husserl’s Crisis of the European Sciences where he had critically evaluated European culture. The creators of Charter 77 were deeply influenced by phenomenology. Their studies on this subject enabled them to understand a true nature of the communist system, as well as the spiritual condition of Europe in the XX century. In addition, it is worth mentioning that Jan Patočka was the first spokesman of Charter 77. Gubster claimed that as stated by participants of this initiative (i.e. Vaclav Havel), the language of phenomenology and the phenomenological atmosphere enabled Charter 77 signatories to express their hopes and fears.

In addition to the keynote lectures, papers (divided into seven different parallel sections) were presented at the conference. On the first day, conference speakers presented papers divided into three sections. Michal Zvarík (Trnava University, Slovakia) opened a presentation with the paper entitled Polemos and Meaning. On the Actuality of Patočka’s Undestanding of Polis. After that, Peter McDowell (Charles Darwin University, Australia) gave a speech entitled Beyond Ressentiment: Lukács’ Critique of Scheler’s Phenomenology. The last paper of this section was Martyna Zimmerman-Pepol’s (University of Gdańsk, Poland) talk on Czesław Znamierowski’s Social Ontology: On How to Put Phenomenology Into Practice.

Two other sections Phenomenology and Medicine, and Reinterpreting Phenomenology took place simultaneously. The first section was opened by Anna Alichniewicz (Medical University in Łódź, Poland) with a talk on Phenomenology of Embodiment in Medicine. The second presentation in this section – Medical Ethics as ”Ethics of Relations”  – was presented by Katsiaryna Yancheuskaya (European Humanities University, Lithuania). Māra Grīnfelde (University of Latvia & Riga Stradiņš University, Latvia) presented a talk on Phenomenology of Body and its Implications for Medical Practice. During the Reinterpreting Phenomenology section, the first talk was given by Andrei Patkul (St. Petersburg State University, Russia) on The Phenomenological Interpretation of Act in Alexei Chernyakov. The next speaker – Uldis Vēgners (University of Latvia & Riga Stradiņš University, Latvia) – gave a talk on The Practical Dimension of Time. After that Daniel Roland Sobota (Polish Academy of Sciences, Poland) presented a paper on Towards a Poor Phenomenology: J. Grotowski’s Philosophy of Theater.

On the following day, the next two sections were organized – Action and Practice and Phenomenology and Its Other. In addition, a book session on the new (5 (1), 2016) issue of the Horizon Studies in Phenomenology was organized. The issue is dedicated to the tradition and perspectives of the phenomenological movement in Central and Eastern Europe.

The session on Action and Practice started with Simona Bertolini’s (University of Parma, Italy) speech on Roman Ingarden: Phenomenology and Ontology of Practice. The next paper – From Praxis to Focal Practices: Karel Kosík’s Heideggerian Marxism – was presented by Ivan Landa (Czech Academy of Sciences, Czech Republic). Discussions on this section were finished with Michał Piekarski’s (Cardinal Stefan Wyszyński University in Warsaw, Poland) talk entitled Blindness to Normativity and Morphology. The case of Husserl and Wittgenstein. The next section – Phenomenology and Its Other – was opened by Cezary Woźniak (Jagielloński University, Poland) with his lecture on Discovering the Plane of Immanence with Phenomenology followed by Georgy Chernavin’s (National Research University Higher School of Economics, Russia) talk on The Entselbstverständlichung: on the Phenomenological Practice of Self-Transformation. Magdalena Hoły-Łuczaj (Jagiellonian University, Poland) was the next speaker in this section, and she presented a lecture entitled Eco-phenomenology, Heidegger, and Postenvironmentalism. Discussions in this section ended with Petr Prášek’s (Charles University & Université Paris I, Panthéon-Sorbonne, Czech Republic & France) speech entitled On the Possibility of a “Phenomenological Ethics” in Contemporary French Phenomenology.

The last day of the conference discussions focused on two sections Beyond Theory and Confrontations and Discussions. The opening lecture of the first one was done by Marek Pokropski (Warsaw University, Poland) with his speech entitled Leopold Blaustein’s Phenomenology. The next speech was given by Liisa Bourgeot (University of Helsinki, Finland); she presented a paper on Gustav Šhpet’s Phenomenology of Meaning (in the Context of Husserl’s Revisions of Logical Investigations). Discussions on the Confrontations and Discussions section began with Wing-Keung CHIK’s (Université catholique de Louvain, Belgium) lecture entitled Estrangement, Freedom and Life: The Estrangement of life and Freedom from the Phenomenological Perspective. After CHIK, Tomasz Kąkol (University of Gdańsk, Poland) presented a speech on On Empathy. E. Stein and R. Ingarden vs Cognitive Psychology. The last paper of the conference was given by Witold Płotka (University of Gdańsk, Poland) who presented a talk on A “Practical Turn” of Phenomenology in Poland: Ingarden, Wojtyła, Tischner.

This year the Phenomenology and Practice conference was the second conference focused on exploring traditions and perspectives of the phenomenological movement in Central and Eastern Europe. The conference discussions, as well as examinations that were conducted by the participants have proven that phenomenology is still an interesting area of research. Presented papers did not focus merely on examining traditional problems and questions, but, more importantly, they aimed at questioning important conditions for postmodern culture. Postmodern culture itself involves human fascination with technical developments and the scientistic approach, but at the same time it still questions the existing norms and values which seem to be objective. In today’s world of axiological confusion, a conference on practical aspects of life seems to be very important and valuable. In order to overcome this axiological confusion, it is important to return to the things themselves and their rigorous description. This, as one can expect, will allow the suspension of many, if not all, of the existing prejudices that are embedded in the modern minds of western people.

To conclude, it is worth noting that the next conference regarding the phenomenological tradition in Central and Eastern Europe is planned to take place in 2017 in Ryga.

An original version of the report will be published in the Horizon. Studies in Phenomenology 6(1) 2017.