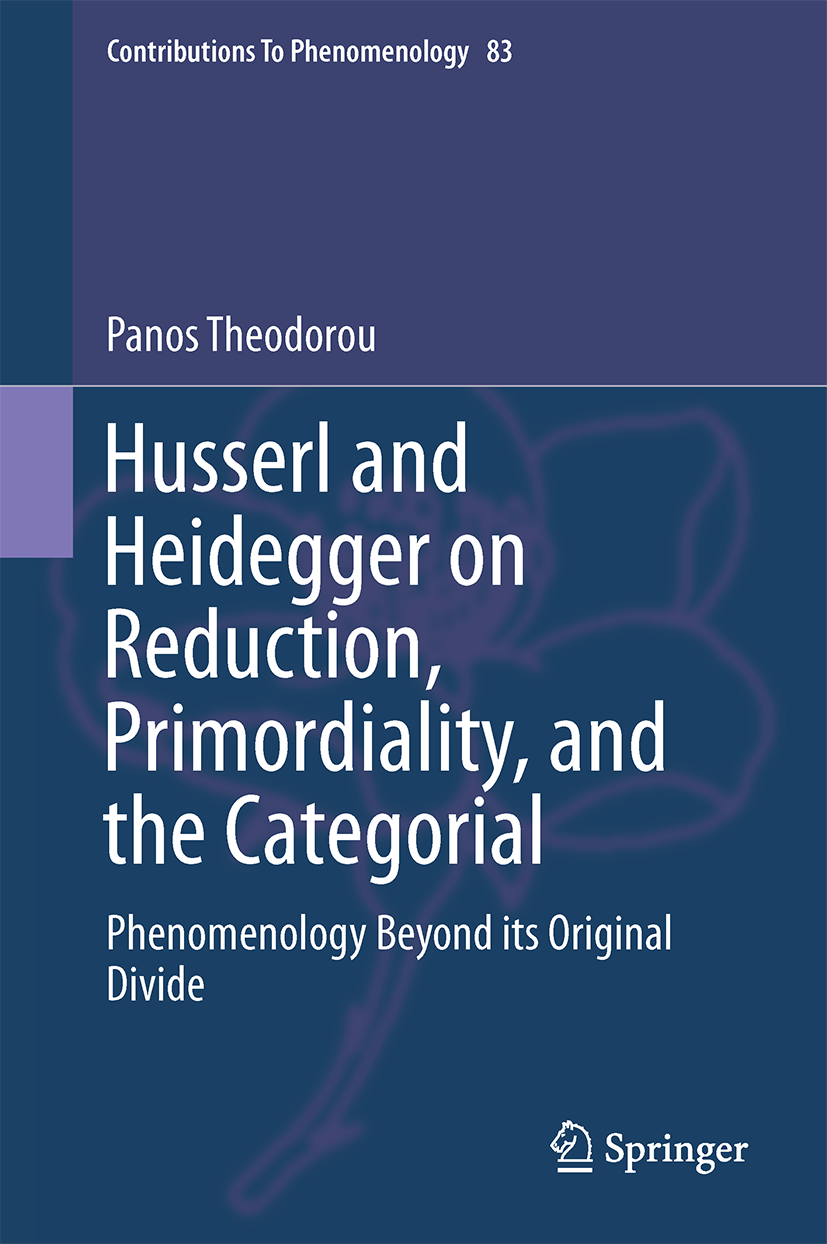 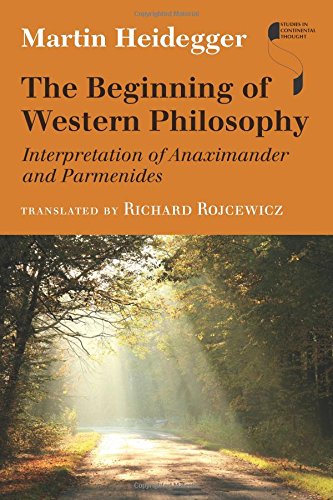 In The Beginning of Western Philosophy Heidegger offers a reinterpretation of Anaximander’s and Parmenides’ surviving fragments. His intention, following the project initiated in Being and Time, is to illustrate that the concept of Being bequeathed to us not only rests upon a corrupted concept but that philosophy, as we understand it, is at its very core misguided. The aim of seeking out the beginning of philosophy is suggested at the beginning of the lecture where Heidegger rhetorically questions, ‘Our mission: the cessation of philosophising?’ The self-appointed custodian to Nietzsche’s philosophical heritage, Heidegger believed that the consequences of his task would bring about the end of metaphysics and prepare the grounds for subsequent thinkers. This is evident in the bold assertion, ‘I have no philosophy at all. My efforts are aimed at conquering and preparing the way so that those who will come in the future might perhaps again be able to begin with the correct beginning of philosophy.’ In claiming such, Heidegger can be seen to acquit himself of the charges of ethical nihilism and the claim that his support of National Socialism logically followed from the individualism of his ontology, which severely tarnished his philosophical reputation. However, whether or not this judgment is correct or an attempt to undermine his critics, remains to be qualified.

The text itself is composed of a tripartite structure. The first part focuses on Anaximander’s dictum: ‘but whence things take their origin, thence always precedes their passing away, according to necessity; for they pay one another penalty (dike) and retribution (tisis) for their wickedness (adikia) according to established time.’ Rather than taking Anaximander to be simply discussing coming-to-be and passing away, Heidegger interprets the dictum instead to be concerned with ‘appearing’ and ‘disappearing’. Although the understanding of appearance as the Being of beings, might seem like a linguistic quibble, Heidegger later illustrates that this has profound implications. This reinterpretation then leads him to strip dike, tisis, and adikia of any judicial-moral meaning, and instead understand them as ‘compliance’, ‘correspondence’, and ‘non-compliance’. He also highlights that Anaximander discusses Being ‘according to established time’ which grants validity to his own ontological convictions. In this lecture series Heidegger’s analytic rigour is at its height. In reinterpreting Anaximander’s dictum, which initially appeared to be a quite straight -forward claim regarding being and non-being, Heidegger elucidates that it is a very complex, ontologically loaded statement, indeed.

Part two focuses on the question of Being generally and why it is worthy of our concern. Heidegger begins by considering four objections to the given interpretation: unbridgeable span of time, antiquated, crude and meagre, and unreal. Having dismissed each of these he then continues to elucidate the question of Being. This section is of primary importance to Heidegger scholars who are not only interested in ontology, but also his account of existence. Here his understanding of existence is demarcated as existere, literally, standing out. He also distinguishes his approach from both the public notion and the refined concept employed by Kierkegaard. The latter of these, he suggests, is employed by Karl Jaspers. Heidegger goes to great lengths to distinguish himself from Jaspers, his contemporary and fellow advocate of existenzphilosophie. Here Heidegger claims that although they both use the same terminology, and have been categorised together, that their projects are unrelated. ‘According to the sound of the words Jaspers and I have precisely the same central terms: Dasein, existence, transcendence, world. Jaspers uses all these in a total different sense and in a completely different range of problems.’

The third part, which dominates the discussion, consuming almost half of the text, addresses the fragments of Parmenides’ didactic poem that have been preserved in various sources. This almost mystic text discusses the goddess aletheia, which is usually translated as ‘truth’, but which Heidegger interprets as ‘unconcealment’. In his analysis of the poem, which he discusses meticulously, Heidegger derives three main claims that he believes Parmenides to be making. The first of these is the ‘axiomatic statement’, that Being and apprehension belong together: ‘where Being, there apprehension, and where no apprehension, no Being’. The second is the ‘essential statement’ which provides insight into the essence of Being as excluding negativity: ‘we always encounter only the assertion that matters stand thus with Being’. The third and final claim is what Heidegger terms the ‘temporal statement’, that Being and time exists in an exclusive and necessary relationship: ‘being stands in relation to the present and only to it’. The result of uncovering these three philosophical claims is that they grant validity to Heidegger’s ontological re-evaluation regarding the question of Being.

Through reinterpretation, Heidegger illustrates that the question of Being permeates the very core of pre-Socratic thought. He can thus be seen to continue the project initiated in Being and Time. Written five years later, The Beginning of Western Philosophy elucidates many of the ideas first presented there. By illustrating that Anaximander and Parmenides were concerned with the Being of beings, Heidegger can be seen to open the ground back into Being. However, what about the interpretations, themselves? Are they simply incubators for Heidegger to cultivate his own philosophical inclinations? As with the majority of his lectures and monologues on other philosophers, Heidegger describes their thought in his own jargon and frames it in relation to his own philosophy. Although one may be inclined to dismiss this text on the ground that it does not offer a true interpretation of the content that it claims to, Heidegger himself addresses this criticism. He cautions one who would make such a critique to ‘pay attention primarily not to the means and paths of our interpretation, but to what these means and paths will set before you. If that does not become especially essential to you, then the discussion of the correctness or incorrectness of the interpretation will a fortiori remain inconsequential.’

What of the edition itself? For the same reason that it will be of interest to classics scholars it is repellent to modern academics that are not versed in Ancient Greek. There are dense passages of Greek and terms are often employed with the assumption that the reader possesses prior knowledge. This may have been appropriate at the time Heidegger wrote the lectures, when Ancient Greek was included in the curriculum. However, this modern translation, and the contemporary reader, would have been benefited from the romanisation of the Greek. Moreover, it seems thoughtless that a German-English glossary has been included yet there is no such consideration for a Greek equivalent. A further concern is that the idea of an index has been completely abandoned altogether. The absence of which is of great disservice to the scholar unable to recollect a much needed quote or passage. This edition could also have been improved with an introduction to contextualise the present volume. What was the purpose of these lectures, what preceded them, how does this build upon Heidegger’s project, and what original insights does it offer? In conclusion, to those in the know, the content offers illumination on the ontological trajectory initiated in Being and Time; however, to those less acquainted, this particular edition does not.