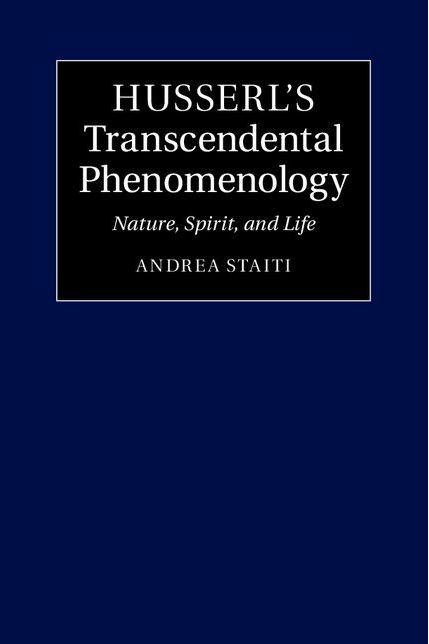 Transcendental phenomenology has a reputation of avoiding engagements with other scientists and philosophers, contemporary or past. Pure description of absolute consciousness demands, according to Husserl, a ‘bracketing’ of all scientific results, philosophical ideas, and of argumentation altogether. The phenomenological philosopher operates in a self-enclosed and systematically expanding field that is built up entirely from a priori principles, without being misguided by the theories and systems of knowledge constructed in the worlds of dogmatic science and philosophy.

With such a theoretical outlook, it is perhaps not altogether surprising that historical contextualization of Husserl’s mature philosophy has never been the dominant trend in post-Husserlian phenomenological tradition. Those scholars today who engage critically with Husserl’s phenomenology still often consider themselves practicing phenomenologists rather than historians of philosophy. With the recent renaissance of phenomenology in cognitive science and philosophy of mind, interest in rigorous historical research has arguably shifted even further into the background.

With that in mind, a thorough reading of Staiti’s new book Husserl’s Transcendental Phenomenology: Nature, Spirit, and Life1 is a highly satisfactory experience. Staiti’s book is no ordinary introduction to Husserl’s phenomenological system. As Staiti himself puts it, the book prioritizes ‘intellectual spaces’ over individual figures in order to illuminate the development of certain ideas within a complex intellectual climate (p. 1). Staiti’s aim is to consider Husserl as a contributor to an ongoing debate rather than as an inventor of a self-enclosed phenomenological science. The debate focused on is broadly one concerning the foundations of the life sciences, an ‘intellectual space’ which involves many of Husserl’s contemporaries such as Windelband, Bőhm, Lask, Rickert, Simmel, and Dilthey. Staiti’s new book is not trying to be yet another work in phenomenology; it is a work in intellectual history.

To my mind, Staiti deserves nothing but praise for this truly outstanding piece of historical-philosophical research which has occupied him for some ten years. The book not only manages to situate Husserl in Germany’s intellectual climate of the time, but furthermore bridges the enigmatic phenomenologist to other fields of twentieth century history of philosophy. Whereas the first achievement fills an important gap in contemporary scholarship, the second might just have the desirable effect of making Husserl more accessible to a wider audience. On top of that, Staiti knows well how to present his ideas and succeeds in developing precise and vivid treatments of Husserl and (as far as I can judge) of those of his contemporaries. All of this elevates Staiti’s book well above the majority of monographs in contemporary phenomenological philosophy.

In what follows, I will briefly run through some of the chapters, discuss what I take to be the central themes of the book, and offer a few critical reflections.
In the first two chapters, Staiti outlines aspects of the ontologies of Windelband, Rickert, Lask, and Bőhm and discusses the historically oriented life-philosophical accounts of Simmel and Dilthey. He also purports to defend two rather bold claims here: that ‘only within the neo-Kantian context does one discover the full meaning of Husserl’s characterization of subjectivity as necessarily transcending the empirical dimension and [of] his utilization of eidetic description’ (p. 21). Although Staiti’s overviews of the neo-Kantians are lucid and valuable, I found neither of these claims really argued for at any point. Especially with regard to the latter claim, one may well be inclined to think that Husserlian eidetics cannot have much to do with neo-Kantianism; the description of essential structures of transcendental consciousness seems very foreign to the whole Kantian tradition. Perhaps Staiti assumes that the reader is already aware of such differences, or that it would be more valuable to point out commonalities between the two traditions. But it seems the lack of sustained comparisons to Husserl in the first two chapters must leave some of the suggested commonalities mere suggestions.

Chapter three and four elaborate on the neo-Kantian concept of standpoint versus the Husserlian notion of attitude and on the reception of Husserl’s thought by the neo-Kantians. Very rich and interesting analyses of the interactions between Husserl and his contemporaries as well as of the differences between the respective philosophies can be found here. It seems to me that Staiti considers most if not all of the neo-Kantian criticisms of Husserl as ultimately misguided and, although it is not made explicit, that he favors Husserl’s concept of attitude over the neo-Kantian standpoint. The juxtaposition of standpoint and attitude also contains, to my mind, one of the core philosophical claims Staiti is out to defend. Staiti shows how the concept of attitude within Husserl’s phenomenological program allows for a kind of theoretical pluralism – a pluralism of different attitudes toward the world in which the sciences are all rooted. This approach brings Husserl to capture the essential unity of the life of consciousness and to value all the sciences equally – at least insofar as they do not contradict the eidetic outlines of possible absolute consciousness.

The book only gets better as it progresses. Chapter five offers excellent discussions of Husserl’s criticism of Rickert and furthermore contains one of the clearest expositions up to date of Husserl’s views on culture formation and the essential relations between nature and spirit. It seems to me that Staiti manages to present the core of Husserl’s philosophy of science in unprecedented transparency. With apparent ease he describes Husserl’s difficult (formal) distinctions between a priori and a posteriori, material and formal, concrete and abstract, and dependent and independent sciences (pp. 152.-157), and distinguishes them correctly from material-phenomenological distinctions such as between nature and spirit. Husserl’s critical stance toward Rickert is then cleverly appropriated in terms of the latter’s failure to appreciate the material a priori structures that undergird different regions of being (p. 165).

These expositions subsequently allow Staiti in the final chapters to characterize Husserl as a philosopher of science whose faithfulness to the whole actuality of streaming life – over against the theory-loaded approaches of the neo-Kantians – brings about a new kind of appreciation of the essentially unitary life of consciousness from which the diversity of sciences spring and to which they all refer back. Husserl, one could say, is revealed to be the dialectic outcome of the rationalist neo-Kantians and the relativist life-philosophers, whose relativism is in reality only an anti-thesis to rationalism (pp. 168-169). As harmonious synthesizer of these contradictory trends, Staiti’s Husserl becomes the ultimate scientific life-philosopher: a humanist whose unique focus on the material a priori structures of concrete unitary life aims to dissolve all tensions and obscurities between the sciences, life, and culture.

All in all, Staiti’s book turns out more than an intriguing assessment of an intellectual climate; it also presents us with a new Husserl, and it does so in a most commendable way.