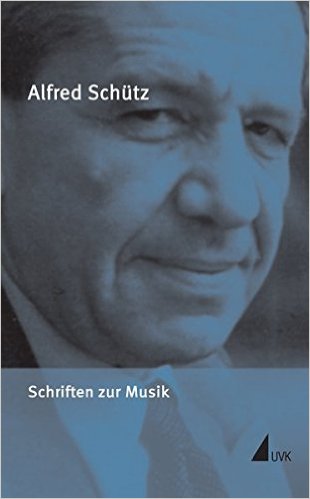 The Meaningful Construction of Social World

Alfred Schutz (13 April 1899 – 20 May 1959, the surname in English has the “Umlaut” over the “u” as  always omitted), was an Austrian philosopher and social phenomenologist. He bridged both sociological and phenomenological traditions in his works. In his major work Der sinnhafte Aufbau der sozialen Welt (1932), which was translated into English as Phenomenology of the Social World (1967), Schutz combined Edmund Husserl’s phenomenology, Henri Bergson’s philosophy of duration and Max Weber’s interpretative sociology. Schutz’s main philosophical concern is how meaning is constructed in the social world. Max Weber built the origin of meaning on the conducting subject while Schutz on the intersubjective “Lifeworld”. In the dialectical relationship between pre-existing social and cultural factors and the conducting subjects within them, social reality is genetically formed.

Many works by Schutz have been published in English and separately in different places. After his death in 1959 these works were edited by scholars and republished as four volumes Collected Papers by Martinus Nijhoff Publishers. The first three volumes were published between 1962 and 1966 and then translated into the German language as Gesammelte Aufsätze. They were published by the same publisher in 1971-1972. The fourth volume was lately published in 1996, but without a German translation. This edition comprised of many works by Schutz, but was not entirely completed. One article in this volume, “Meaning of a Form of Art (Music)”, for example, is not included in the Collected Papers.

Since 1994 the “Alfred Schütz Archiv Konstanz” in cooperation with “UVK Verlag Konstanz” began to edit a historical-critical edition titled Alfred Schütz Werkausgabe (ASW) in the German language which contains Schutz’s German articles and unpublished works. It is worth mentioning three points about this edition:

Although Schutz was a prestigious philosopher and sociologist, his major at Vienna University was law (with a minor in economics and philosophy) and his main jobs were being a lawyer and a financial officer in a bank, both in Vienna and then in exile in New York. Teaching philosophy in the New School was only his part-time job until 1952, when he became a full-time professor there. Just like his pure love of wisdom (philos-sophia), music was his other devotion throughout his entire life. When he was young, he learned piano with a trumpeter in the orchestra, who did not teach him much on piano technique “but what this man taught him was MUSIC”.[1]

Compared to string and wind instruments, piano is more of a solo instrument because of its possibility of being richer and capacity to deliver more tunes. Schutz liked, however, to play chamber music with others as well. According to his wife Ilse Schutz, Alfred Schutz joined chamber music practices every Saturday afternoon regularly during the span of his eighteen years in Vienna. Most of them were duos of violin and piano, but sometimes he also played trios. Ilse Schutz said: “I think he could have been without food all week long, but he couldn’t have been without his Saturday afternoon violin sonatas.”[2] Through the brief description of Schutz’s devotion to music practice, people can imagine how big of a role music played in his life.

As an amateur musician and music enthusiast, the phenomenologist Schutz had also conducted some research on music. This work was initially put in separate volumes of Collected Papers, but in ASW the editor set the topic Schriften zur Musik (Writings toward Music), volume seven of ASW, and gathered them together. This volume contains four long texts:

Music and Music Making as Model for Social Relationship

Most people would treat music as just entertainment, an instrument to relax with, or an activity to vent emotions, and would treat music making as just technical and physical practice. Different from these vulgar opinions, however, Schutz’s research indicated that music is a meaningful context and whole. All of the participants in the musical activity should focus on this point: The composer makes it a meaningful structure with various relationships of tones within the duration of time, whereas the performer embodies this meaningful whole in acoustical space by him or herself or in cooperation with others. With regards to listening, the meaningful whole obtains the field necessary to realize itself in the consciousness of the listener. Music and music making unfold themselves as the models for the structure and realization of meaning within the social relationships in Schutz’s phenomenological sociology.

The Limitation of the Research

Of course we should not expect the musical writings of a philosopher to be very rich and comprehensive like a musicologist’s, not to mention that Schutz still had a busy job in a bank. (Theodor W. Adorno could be the only exception in this field.) Here is some mere nitpicking: The concrete music examples were not rich and representative enough, e.g. in the discussion of opera only Mozart and Wagner were emphasized without mentioning the Italian tradition, which was momentous in the history of opera.

Mozart was undoubtedly his favorite composer, whose name often appeared in the paragraphs of the four texts. Schutz’s musical taste, however, might have affected his psychological analysis of musical listening. According to German musicologist Heinrich Besseller (1900-1969) musical listening is historical, i.e. people in different times have different ways of listening.[3] If Schutz only confined himself to Mozart’s music, i.e. the music of the Classical period, and ignored the music of other periods, then his analysis would not be very persuasive and might lack some valuable points, although his theoretical elucidation was very impressive. Adorno’s musical writings are so valued both in philosophical and musicological fields, just because he dealt with the most important music and musicians in the Western tradition.