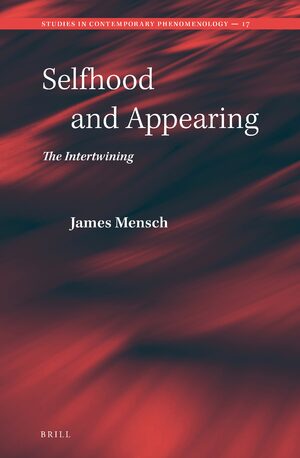 Phenomenology and Intercultural Understanding: Toward a New Cultural Flesh unites texts based on studies which Kwok-Ying Lau presented at conferences between 1996 and 2016.  Despite the fact that the volume is a collection of essays, it does read as a unified work particularly since the author took care to emphasize the studies treating what is indeed the most original contribution in this work, the notion of cultural flesh. He deals with the notion of cultural flesh both at the very beginning of the work and the end, that is, in Chapters, 1, 10 and 11.  In the intervening chapters the reader is lead through a variety of discussions of possibilities for intercultural understanding in light the work of mostly European phenomenological thinkers. Although his approach cannot really be characterized as post-colonial since he does not draw on post-colonial theory in any explicit manner, Kwok-Ying Lau reads and re-reads mostly 20th century thinkers – Hegel, Husserl, Lévi-Strauss, Merleau-Ponty, Patočka (and in a kind of appendix in the last chapter Lévinas, Deleuze, Michel Henry) – from an extra-European perspective in a critical and constructive manner with a view to understanding how their approaches might serve in intercultural understanding.

Merleau-Ponty represents Kwok-Ying Lau’s primary source of inspiration and in contrast to many other European thinkers addressed here, is revealed to have real intercultural sensitivities. Kwok-Ying Lau devotes two chapters to Jan Patočka whose significance for the Chinese community he underlines (Chapters 5 and 6).  In Chapter 5 Patočka is examined as a ‘Non-European Phenomenological Philosopher’ and the ‘Critical Consciousness of the Phenomenological Movement’.   Chapter six works with Patočka’s interpretation of the Platonic notion of care for the soul and compares it to Mencius theory of the ‘four roots.’  These chapters read very well and show how Patočka models certain possibilities for non-eurocentric (even post-european) approaches to Phenomenological research with applications to intercultural understanding.

Several chapters deal with some classical Chinese philosophy.  As already mentioned Kwok-Ying Lau refers to Mencius’ theory of the four beginnings in Chapter 6 (p. 99).  He comes back to this text in Chapter 8 (p. 134) while Chapter 3 is entitled ‘To What Extent Can Phenomenology Do Justice to Chinese Philosophy? A Phenomenological reading of Laozi.”  Kwok-Ying Lau also devotes a chapter to Buddhism and the manner in which it was viewed by Hegel and by Husserl.  Kwok-Ying Lau shows how, in spite of having enunciated a very Eurocentric conception of Philosophy, Husserl in fact demonstrated an appreciation of the philosophical (and even phenomenological) depth of early Buddhist writings, particularly in so far as they represent a philosophy of consciousness not without relation to Husserl’s.  Overall, although he does have some good insights into East-Asian thinkers, Kwok-Ying Lau seems more interested and familiar with the European authors he works on than the Chinese and Indian texts which he discusses in these chapters.

Chapter 8 ‘Self-Transformation and the Ethical Telos: Orientative Philosophy in Lao Sze-Kwang, Foucault and Husserl’ is devoted to demonstrating how Lao Sze-Kwang’s characterization of the nature of much East-Asian philosophical thought as ‘Orientative’ rather than a ‘purely cognitive and theoretical enterprise’ (p. 125).  Here Kwok-Ying Lau shows how certain developments in Foucault’s later thought inspired by Pierre Hadot’s work on Ancient philosophy as Spiritual Exercise go in the direction of Lao Sze-Kwang’s Orientative Philosophy.  Kwok-Ying Lau seem to suggest that the future of Phenomenological research will go in this direction which is more amenable to intercultural understanding.

In both Chapters 2 and 7 Kwok-Ying Lau sketches out what he takes to be the premises for doing intercultural philosophy.  His approach involves what he calls a double epoché of language.  He explains as follows:

I have to admit that I am not entirely comfortable with Kwok-Ying Lau’s approach here.  Nor am I convinced by the argument unfolded in Chapter 7 which asserts that intercultural philosophy can only take place in a ‘Disenchanted World’.  In both, Chapters 2 and 7, in fact, Kwok-Ying Lau seems to embrace what many might take to be Eurocentric positions on universality, language and rationality, positions which are very controversial and have received much discussion by feminist and post-colonial thinkers. (It is particularly unfortunate that Kwok-Ying Lau takes a Palestinian suicide bomber as an example of someone who ‘lives under the domination’ of what he calls an ‘un-disenchanted world-view’ (p. 108), not only because of the rough handling of very sensitive political issues, but also since he more or less baldly asserts that anyone who believes in certain kinds of transcendence – including, it would seem, almost any practitioner of an Abrahamic religion – is disqualified from participation in intercultural thought!).

This reader was also somewhat disappointed by the absence of reference to other thinkers who work on intercultural philosophy.  One might mention the work of the likes Hall and Ames or the kind of scholarship which is published in the Journal Philosophy East and West.  The work of Francois Jullien is dismissed rather uncharitably in a footnote to page 213, while not single work of his is cited in the Bibliography.

In any case, with the notion of ‘cultural flesh’ Kwok-Ying Lau has forged a useful conceptual means to facilitate intercultural understanding, and even, I might add, intercultural philosophizing. (I would have liked to see the notion of cultural flesh elaborated in greater detail, since it is genuinely a novel concept but is only sketched out in this book. Perhaps this might be something Kwok-Ying Lau could deal with in a future monograph.)  More generally, Kwok-Ying Lau has made a valuable contribution to phenomenological research and intercultural philosophy with all of the studies which constitute this volume in so far as they re-evaluate Phenomenological thought from an extra-European perspective. This book will be of interest to those who seek to better understand what kind of resources Phenomenology can contribute to intercultural philosophy.