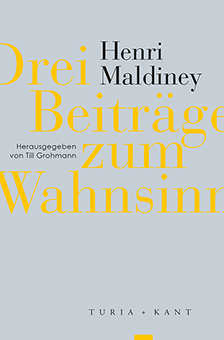 Between Faith and Belief: Toward a Contemporary Phenomenology of Religious Life
SUNY Series in Theology and Continental Thought
Joeri Schrijvers
SUNY Press
2016
Paperback $30.95
380

Searching for a way to answer Reiner Schürmann’s question “What is to be done at the end of metaphysics?” once “being” is unhinged from God, Joeri Schrijvers discusses perspectives of several thinkers that each considered this question in their own right. His overall goal is to establish how contemporary (and secular) phenomenology of religious life points us towards something that transcends mere finitude. He builds upon his previous work, ‘Ontotheological Turnings’ (2011), in which he showed how metaphysics and its “ontotheological constitution” (Heidegger) are inevitable. In three parts he questions how contemporary thought tries to come to a metaphysics without Christianity (part 1), and whether it can position itself, as John D. Caputo tries to accomplish, as between faith and belief – as a “religion without religion” (part 2). In the third and last part he takes up Heidegger’s legacy and explores how there is something beyond a nihilistic ‘anything goes’. Here he presents what seems the main point of the whole book, namely Ludwig Binswanger’s phenomenology of love as a criticism of Heidegger’s Being and Time and as an approach in which the theological element of a phenomenological approach to life comes to light.

In this book, Schrijvers takes up an important issue that is present in a lot of contemporary thought: How are we to understand atheism – as it cannot be understood as merely a secularisation of originally theological positions. How are we to understand the theological heritage of our present ideologies? To explore this issue he spends a large part of the book reiterating debates between Jean-Luc Nancy and Peter Sloterdijk, between Caputo and Martin Hägglund, and Jean-Luc Marion.

Yet especially interesting is Schrijvers exploration of the infrequently studied work of Binswanger (1891–1966), and Schrijvers’ analysis next of Binswanger in comparison and reaction to the work of Heidegger, Levinas and Nancy. Binswanger was a Swiss psychiatrist who took on Heidegger’s claim of the coming about of being through the relationship with the finiteness of life, but was of the position that “this truth lacks love, the original being-together.” Phenomenology is taken up as not an elitist method of play, but the most faithful approach to being and experience of everyone:

“What Binswanger initiated then is not only a fundamentally egalitarian phenomenology but also and no less importantly an originary coram: an always already being turned toward otherness.” (227)

Schrijvers’ work is both rich by providing a context of contemporary thinkers such as Sloterdijk and Nancy, and their interpretations and positions on the work of Derrida, Levinas. But it seems his real contribution to that field is his inclusion of the philosophy of love as developed by Binswanger. Love is what conditions the possibility of every ontic encounter, which leads Binswanger to consider this phenomenon an example of an “ontology incarnate”. In this ontological encounter, there is a transcendentality that is presented through the passageway that starts with love. Schrijvers posits Binswanger’s theory as a way that is neither “too much nor too little” inclined towards religion – it is not dependent on religion, but does not exclude it.

Despite Schrijvers’ excellent review of contemporary thought and their dependency on canonical thinkers such as Heidegger and Derrida, in the end it is the theological aspect that remains the focus, and the relation of the phenomenology of love is looked at from the question of the task of theology.

Schrijvers looks for a philosophical approach to an ontological and metaphysical account of concepts that have been theologically understood – community, love, being. He traces the contemporary attempts to accomplish this – for instance in the work of Levinas and Nancy. His analysis of movements in the understanding of the Other are closest to the Binswanger, in that according to Schrijvers this understanding gives rise to an ‘incarnational thinking’, where the ontic experience has the capability to be understood as an incarnation of something transcendental.

What is remarkable in Schrijvers’ otherwise thorough work, is the manner in which his analysis is limited to specific authors and therefore working within assumptions that are not questioned. One of those is the reliance on the concept of the position of the Other. A central theme in his work, as in the search for an ontology of being, philosophers have focused on specific ontic encounters with the Other (the kiss, hospitality, giving) through which they attempt to formulate a post-secular understanding of transcendence in modern society. Schrijvers takes on the different positions of Levinas, Derrida and Caputo, and the way Binswanger and Heidegger are attempting to find a measure of the self and in which the phenomenological and anthropological encounter with the Other. But he never moves beyond these interpretations. For instance, he holds on to the underlying assumption of difference between self and the other. Contemporary attempts to answer his fundamental question that refuse to follow in the footsteps of Levinas and Derrida, such as in the work of Bracha Ettinger and Luce Irigaray, are not considered. Thus he falls prey to a rootedness in thinking through difference that is never questioned.

When we take his claim of a search for an answer to the question of the role of the transcendental in a post-secular world serious, we end up disappointed. Many leading contemporary thinkers who have contributed to this field, such Alain Badiou, Hans Jonas, Charles Taylor or Maurice Blanchot, remain untouched. Through this selective choice, Schrijvers takes a very specific and theology-oriented approach, and his work should therefore be seen as a perpetuation of the directions of thought laid out by a particular strand of thinkers.

When we consider his work an overview and reflection on the work of specific thinkers and on how the work of Binswanger expands their view, we can conclude Schrijvers’ work is well-written and thought provoking. He has written an important work tracing the influences and developments of a group of contemporary thinkers and their position on whether ontology can be understood without a theological origin. Is there a solution to the “uncanny poverty” that results from secularisation, and is can this solution be provided by a phenomenology as professed by Derrida, Levinas, Heidegger, and even Binswanger? Yet by putting the focus of his work on contemporary theologians and their relation to theory, his conclusions should be read as a work on these thinkers, and not as a work on the general question Schrijvers poses.

But this doesn’t mean that Schrijvers falls prey to his own remark, that much academic writing is concerned only with “a sterile piling up of publications that nobody really seems to read and that at any rate do not function as vectors for a contemporary debate or catalysts for thinking.” (3) His work is a insightful contribution to the existing literature on this contemporary topic, both as an expansion on the work of several influential thinkers, but also on their limits and their individually unique approaches to the same phenomenon – the quest for a transcendence and its relation to the ontological notion of being.

The Legacy of Phenomenology in Contemporary Thought

The strength of Schrijvers’ work lies in the careful consideration of the legacy of the phenomenological method through the approaches of Heidegger, Levinas and Derrida and the way these reverberate in what he determines to be the contemporary view, as laid out by the work of Nancy, Caputo and Binswanger. Taking phenomenology to be “a witness to the place and space where meaning originates”, he questions the way the empirical and the ontological are intertwined, and the quasi-transcendental dizziness this leads to. He contemplates the emptiness left by the ‘death of God’ and the prevailing anarchy, in which nothing is sovereign. And he concludes that it is possible to formulate a philosophy of incarnation, in which meaning arises out of matter, but that there remains a lack of meaning. “This is perhaps what needs to be done at the end of metaphysics: recognising that we know that we do not know and that we most often fail to love properly. The human being is a being in default: its ambition surpasses its ability. Coming to terms with such a being in default may be the adequate response to the end of metaphysics: it is to recognise that we all share in this default and this lack and that this “knowing of not knowing” is what turns philosophy, as the love of wisdom, into a wisdom of love: not to overcome the lack, but to love even the lack (of rationality, of ultimate meaning.” (304-305)

Thus Schrijvers follows in the footsteps of a long tradition, looking at the end of metaphysics as a call to start philosophy – as a saying born through and beginning with love, positing language as the domain in which the encounter takes place. His work can be seen as a good introduction and careful reflection on the different perspectives on this position, but his work does not leave the contours of the theory he investigates.